BARNARD Castle’s arts centre will re-open its doors to the public next week – but there will be no live performances for the foreseeable future.
A four week trial opening of The Witham’s cafe begins on Thursday, August 27, and community groups who meet at the centre will be welcomed back from the beginning of September.
The Witham has remained closed since the lockdown was introduced in March. Trustees have used the time to carry out repairs to the building and redecorate throughout.
Shelagh Avery, chairwoman of trustees, said a number of measures were being put in place to ensure The Witham is Covid-19 secure when the cafe reopens. Screens have been installed and staff will wear face visors, while the corridor has been marked out to help with social distancing.
Picnic tables and extra seating will be placed outside, while the gallery will be divided into booths. It is likely that a restricted menu will be offered during the trial which will see the cafe open Wednesdays to Saturdays each week after the initial reopening.
“We want to create a space in which people feel safe and the public is confident to come in,” said Ms Avery.
“Our challenge is to create the turnover to make it financially worthwhile.
“I am delighted the trustees have made this decision and look forward to welcoming the public back into the building.”
Community groups, including the ManHealth mental health charity, a meditation group and the Turrets Youth Theatre group will resume meetings at The Witham from September. Ms Avery said if this goes well, staff will reach out to other groups which may be looking for a venue in which to meet.
However, the prospect of any live performance remains distant, as regulations governing the reopening of theatres released by the Government last week state venues must operate at a reduced capacity to maintain social distancing.
“This [reopening theatres] makes little difference to us in the short term, but we will maintain contact with people in the arts and theatre world and monitor what others are doing.
“We will not have live performances in the foreseeable future,” she said. 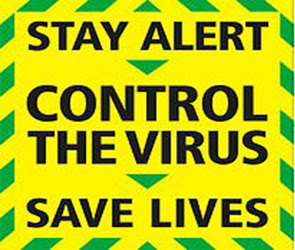