Muhyiddin: Prime minister with little politics – The Edge Markets MY 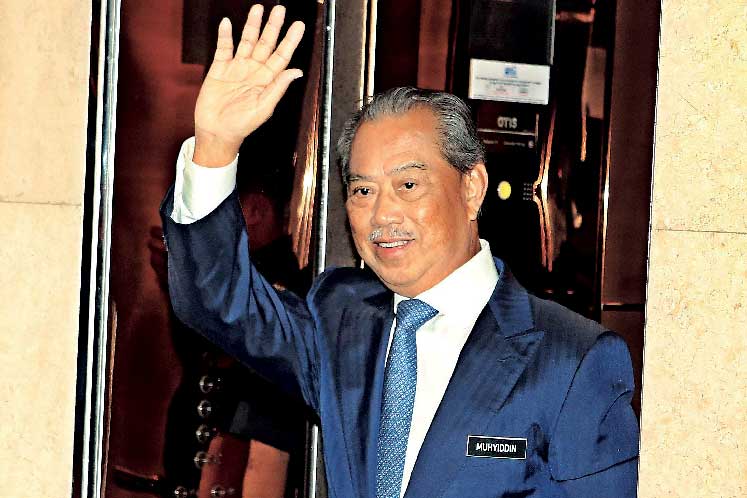 KUALA LUMPUR (June 10): After 100 days in office as the country’s eighth Prime Minister, many may have noticed that Tan Sri Muhyiddin Yassin does not engage too much in politics and rarely issued political statements.

Instead, he focuses much of his time and efforts on addressing the Covid-19 outbreak and the economic challenges facing the country due to the pandemic.

His action in being less political since assuming the post of Prime Minister on March 1, is seen by some as a major factor contributing to the country’s stability, despite the political turmoil leading to his premiership.

Recalling an interview he had with RTM on April 25, Muhyiddin said he believed the people are fed-up with political stories.

Despite being the president of Bersatu, one of the parties that made up the Perikatan Nasional (PN) government, he said, Muhyiddin rarely criticised the opposition parties, even when they besmirched him and his government.

“He is a man with a big heart and is still trying to make peace and meet up with former prime minister Tun Dr Mahathir Mohamad.

“Many think that this is a tactical move in politics, but that is Muhyiddin’s character and his way of calming down a hot situation,” he added.

“A prime minister should have this special attribute, not only to deal with the Covid-19 pandemic, but also the political crisis in the country, which seems to be no end, and on the vote of no-confidence made against him (Muhyiddin),” he added.

Scrolling through Muhyiddin’s social media sites, they indeed contain images, posters, and videos, as well as his comments on current and international issues, with none on politics.

A senior lecturer at the Universiti Tun Hussein Onn Centre of General Studies and Co-Curricula, Dr Mohd Akbal Abdullah, said Muhyiddin chose to focus on the country’s administration, instead of playing politics, given the fact that he was not the new kid on the block.

“He has been in politics for a long time, he is used to the ups and downs, the criticism and accusations from friends and foes, all these provide him with the tonic to remain focused on governing the country, instead of just playing politics.

“His prowess is to quickly realise the good of his friends and the edge his opponents have. In this way he will be cherished by friends and respected by foes,” he added.

Another political analyst, Ayatullah Helme Mohd Hanafi, an editor at Akhbar Wilayahku, said Muhyiddin is doing his best despite the difficulties and constraints due to the unstable political situation in the country.

“Although he rarely goes on television, his aura is felt every time he appears. He has that fatherly-figure who always wants the best for the family, although there are times the children don’t understand,” he added.