Melbourne, Australia – Some 65 asylum seekers detained in a suburban hotel in Australia’s second -biggest city of Melbourne for months are concerned their cramped living conditions leave them highly susceptible to the novel coronavirus.

Mostafa Azimitabar, 34, has been detained in a third-floor room of the Mantra Hotel since December 2019, when he arrived from Manus Island detention centre in Papua New Guinea for medical assistance as part of Australia’s now-repealed medical evacuation laws.

He says the cramped and restricted living conditions pose a huge risk should COVID-19 get into the building.

“The Australian government have locked us up in Mantra Hotel and it’s not a safe place because of the coronavirus,” said Azimitabar.

“Twenty-three hours a day I am in my room. It’s very scary to go outside because there are many officers who are working here, around 30 officers during the day and 30 during the night. They go outside, they come inside. They don’t get tested before entering,” Azimitabar explained.

Azimitabar said that the asylum seekers are all housed on one floor of the hotel, with rooms being shared by two or three people at a time.

They are constantly monitored by security guards and have limited space to walk around – a narrow corridor and a few “games rooms”.

The other six floors of the hotel are also being used by regular guests, which means that the virus could potentially be brought into the hotel at any time.

“[At] any time the virus could come to this place, and we don’t want to catch this virus. We are really trapped and have no power to protect ourselves.

Originally from the Kurdish region of Iran, Azimitabar says he fled in 2013 because his life was in danger. 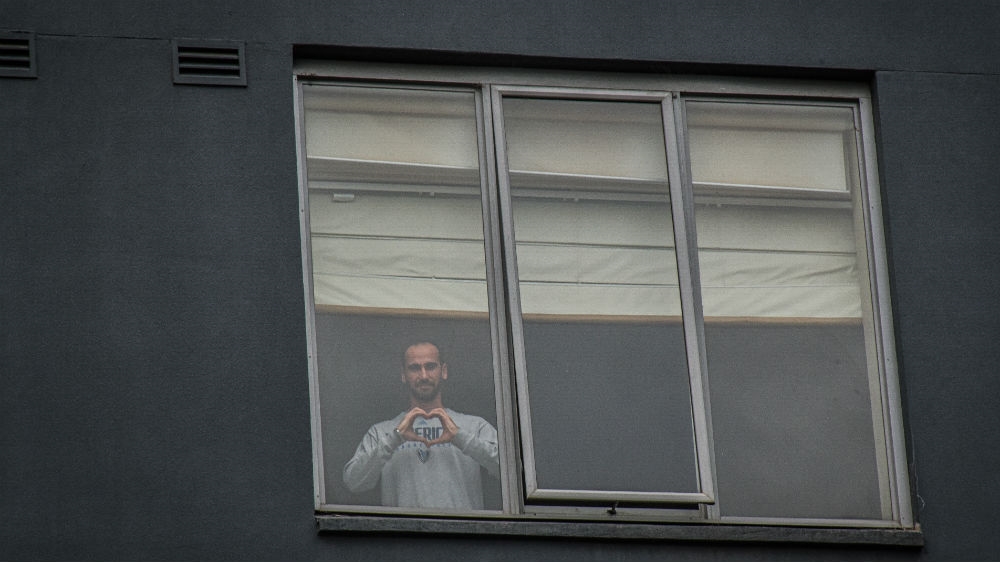 Mostafa Azimitabar,34, has been detained in a third-floor room of the Mantra hotel in suburban Melbourne since December 2019 [Ali MC/Al Jazeera]

His aim was to seek asylum in Australia by first travelling to Indonesia and catching a boat with people-smugglers to Christmas Island.

However, his quest for safety and freedom was shattered when the Australian authorities intercepted the boat he was travelling on.

He was sent to Manus Island – where he would remain imprisoned for six-and-a-half years.

“Seven years ago I came to Australia for help,” he said. “We are people seeking safety and freedom. But instead, the Australian Government imprison us and they don’t have any solution for us,” he said.

Under an arrangement with PNG, the Australian government has used the island – and others like it, such as Christmas and Nauru – for its controversial “offshore processing” of refugee claims.

In December 2019 Azimitabar was transferred to Australia for medical treatment due to chronic asthma and has been at the Mantra ever since.

He is just one of around 1,400 asylum seekers currently detained indefinitely in detention centres and other “Alternative Points of Detention” (APODs) such as the Mantra hotel, all of whom are deemed to be at high risk of contracting COVID-19.

“It’s highly likely that if coronavirus is circulating in the community that it will be introduced sooner or later into one of these detention centres. And once that happens, it will spread like wildfire – as has happened in other closed environments like cruise ships.” 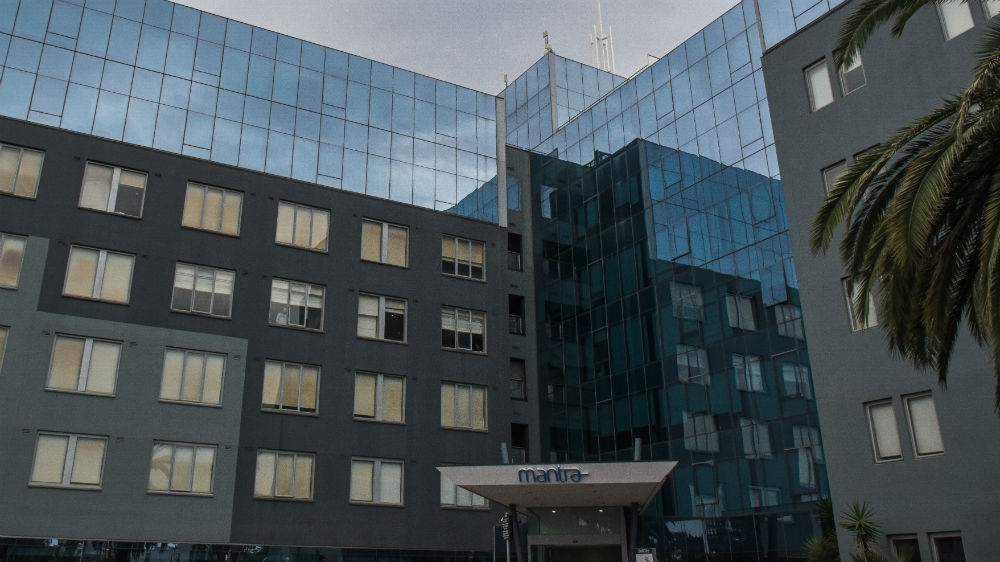 Davis said the best solution would be to release detainees and house them in the community, and notes that other countries – such as Turkey and Iran – have already done this with prisoners.

He says that he understands that the Department of Immigration is taking steps towards screening staff, but that this only applies to staff who are already displaying symptoms.

“That’s not going to be enough to offset the risk,” Davis explained. “We know that people can be infectious 24 to 48 hours before they get symptoms. So screening staff is good, but it’s not going to prevent it from entering detention centres.”

A spokesman for the group Refugee Action Collective, Chris Breen, says that he, and others in the community, are prepared to house detainees for the foreseeable future.

“There’s been visitors built up over time, there’s lots of friends and supporters [and] charities in the community,” said Breen. “Some of the people have got friends and family here. So yes, we are saying release them into community care.”

So far, the Australian government has ignored calls not only from ASID, but also from the United Nations, which has expressed concern about the vulnerability of refugees worldwide to COVID-19.

The Department of Home Affairs declined to comment on the Mantra hotel situation to Al Jazeera, and referred instead to a statement on its website.

“If clinically indicated, detainees will be tested in line with advice from health professionals and will be isolated pending test results,” the statement says, adding that detention health service providers have “conducted public health awareness activities and posted information at sites on hand hygiene and other preventative measures detainees can take.”

But for Azimitabar and the detainees, such a response is inadequate.

“If just one of us gets this virus, all of us [will] get it quickly. It is impossible to practice social distancing in this place. (The Australian government has) really put us in danger. They have placed us at an extremely high risk of contracting this coronavirus.”

He also cites the continuing effect on asylum seekers’ physical and mental health due to prolonged detention with movement now even more restricted.

“Our bodies are getting weaker day by day. There is no outdoor space for breathing here. There is not any place for walking. There is just a narrow corridor outside, a small kitchen and small rooms for playing table tennis and pool.”

Before the coronavirus outbreak, the detainees would be taken downstairs to eat, he said,  but now “most of the guys eat food inside their room.”

“There is not any outdoor space. We are completely locked up exactly like a hostage,” he said.

Until a change in the Australian government’s policy, Azimitabar will continue to mark time in the third floor of a suburban hotel, writing poems and painting.

And while people in the rest of the world remain confident they will one day emerge from lockdown, for Azimitabar – and 1,400 other asylum seekers like him – there is no end in sight.

“What do the Australian government want from us? What is our crime? For what crime have we been imprisoned for seven years?” he asked.